From September 13-15, Defense Minister Hamada visited the United States as his first overseas trip after appointment as a Minister. On September 14 (local time), Minister Hamada laid a wreath at Arlington National Cemetery and later met with U.S. Secretary of Defense Lloyd Austin to hold a ministerial meeting at the U.S. Department of Defense. The Ministers exchanged their views on the challenging security environment and had candid discussions on specific efforts to strengthen the Japan-U.S. Alliance based on the current review process of Japan’s National Security Strategy, etc. 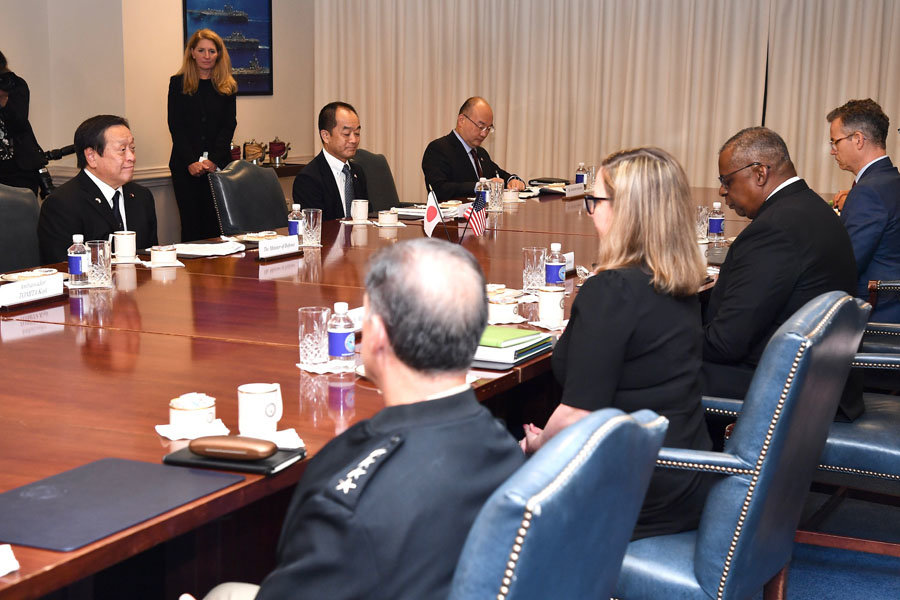 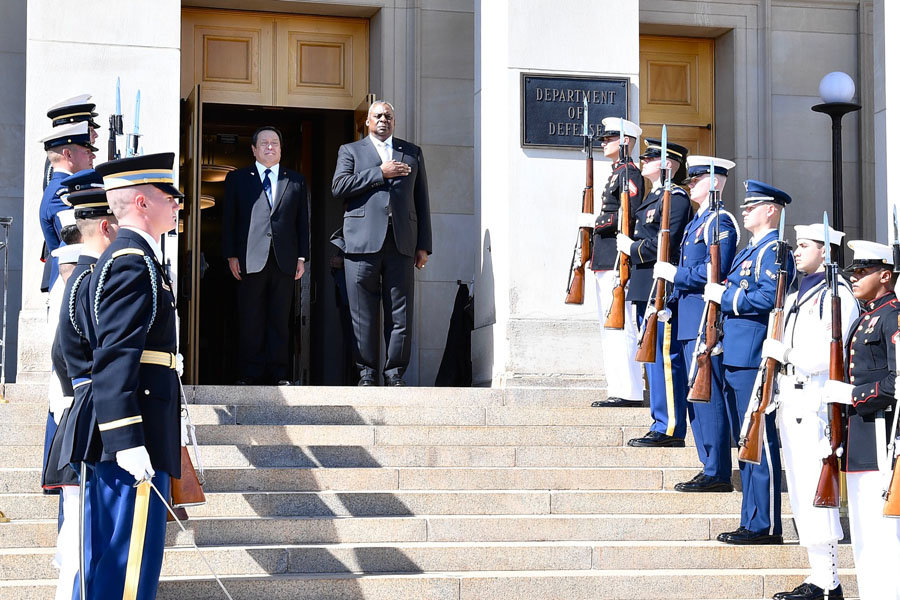 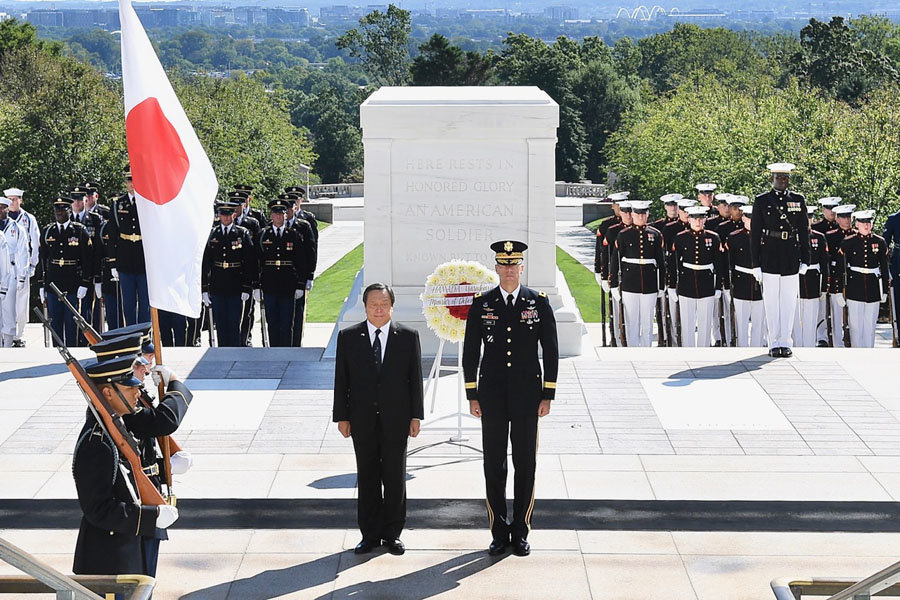