Japan began developing the Ballistic Missile Defense(BMD) system in FY2004 to be fully prepared for the response against ballistic missile attacks.

To date, Japan has steadily built up its own multi-tier defense system against ballistic missile attacks, by such means as installing ballistic missile defense capability to the Aegis-equipped destroyers and deploying the Patriot Advanced Capability-3 (PAC-3). 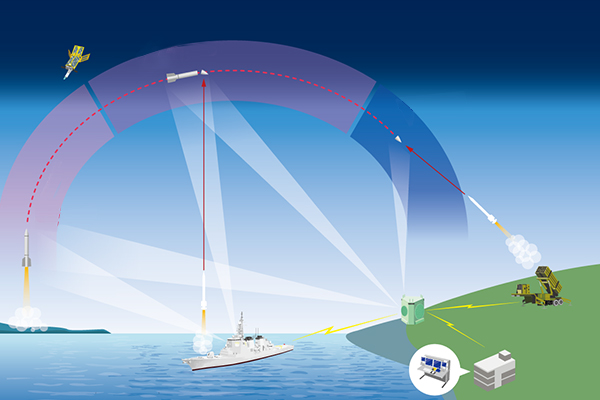 Recently, there are new threats, including hypersonic weapons designed to break the missile defense network. For example, some countries are adopting the Hypersonic Glide Vehicle (HGV). It is believed that the HGV is generally difficult to intercept by a missile defense system because after being launched by a ballistic missile, it flies at an ultra-high speed and low altitude with high mobility. 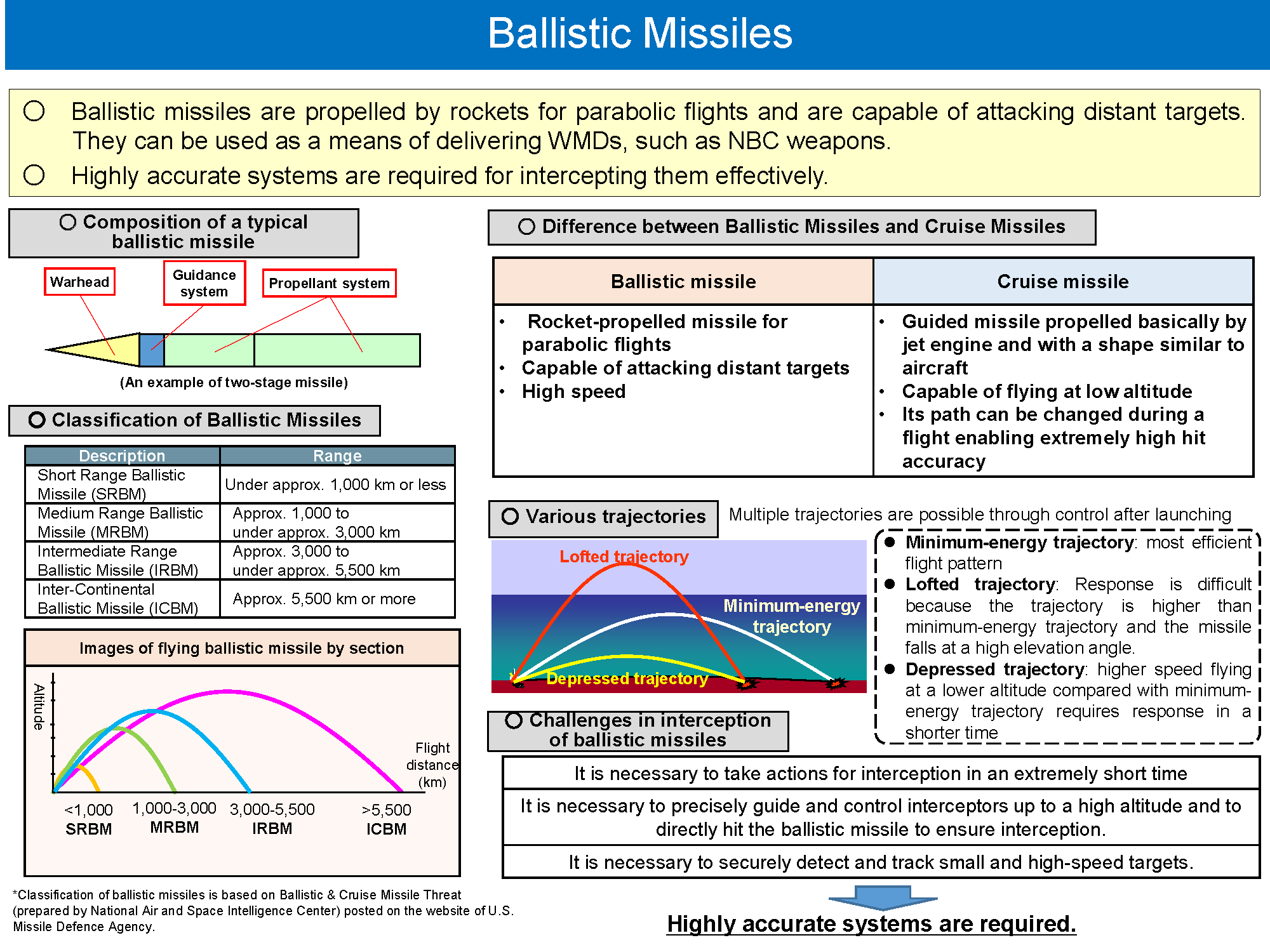 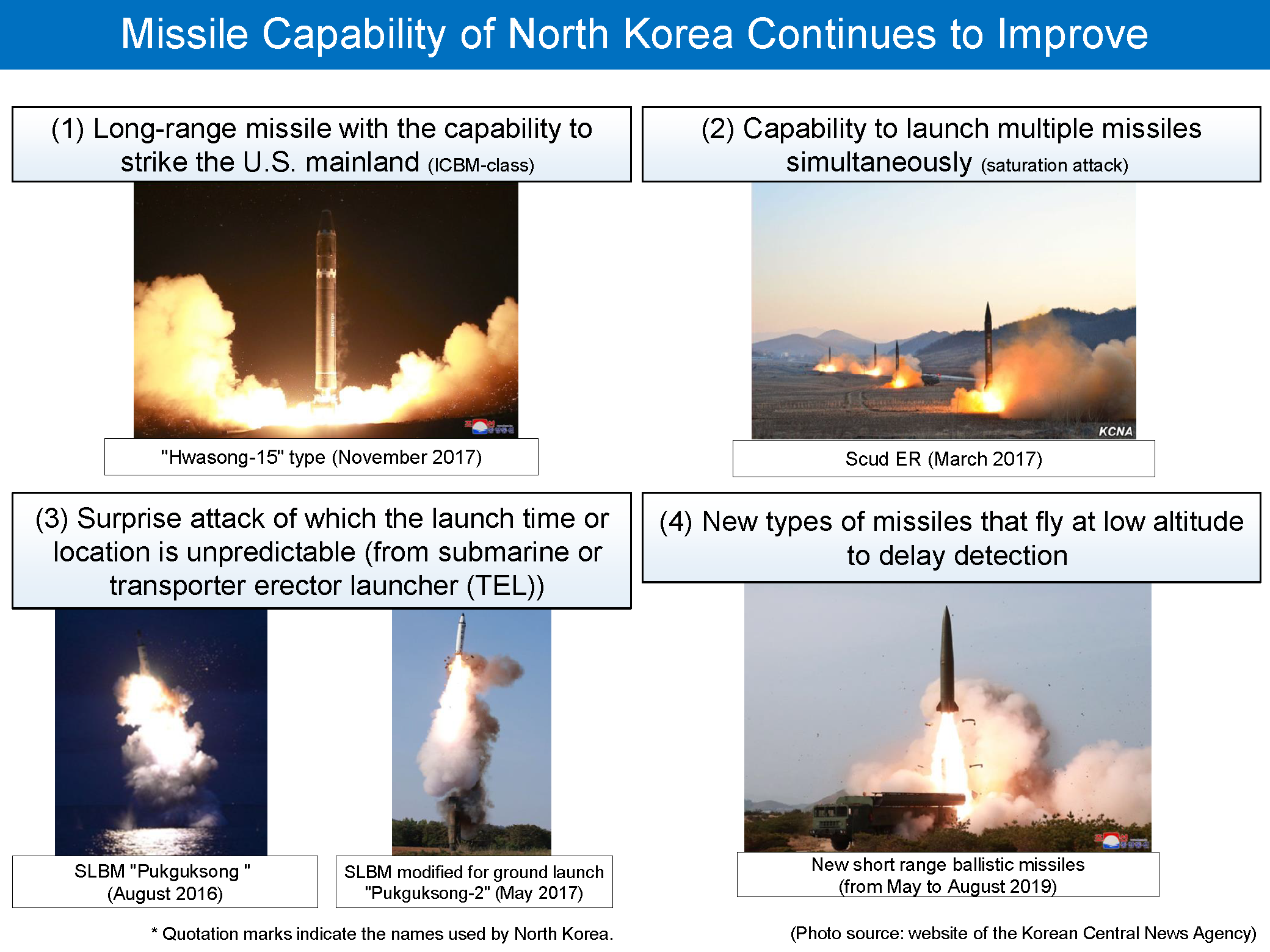 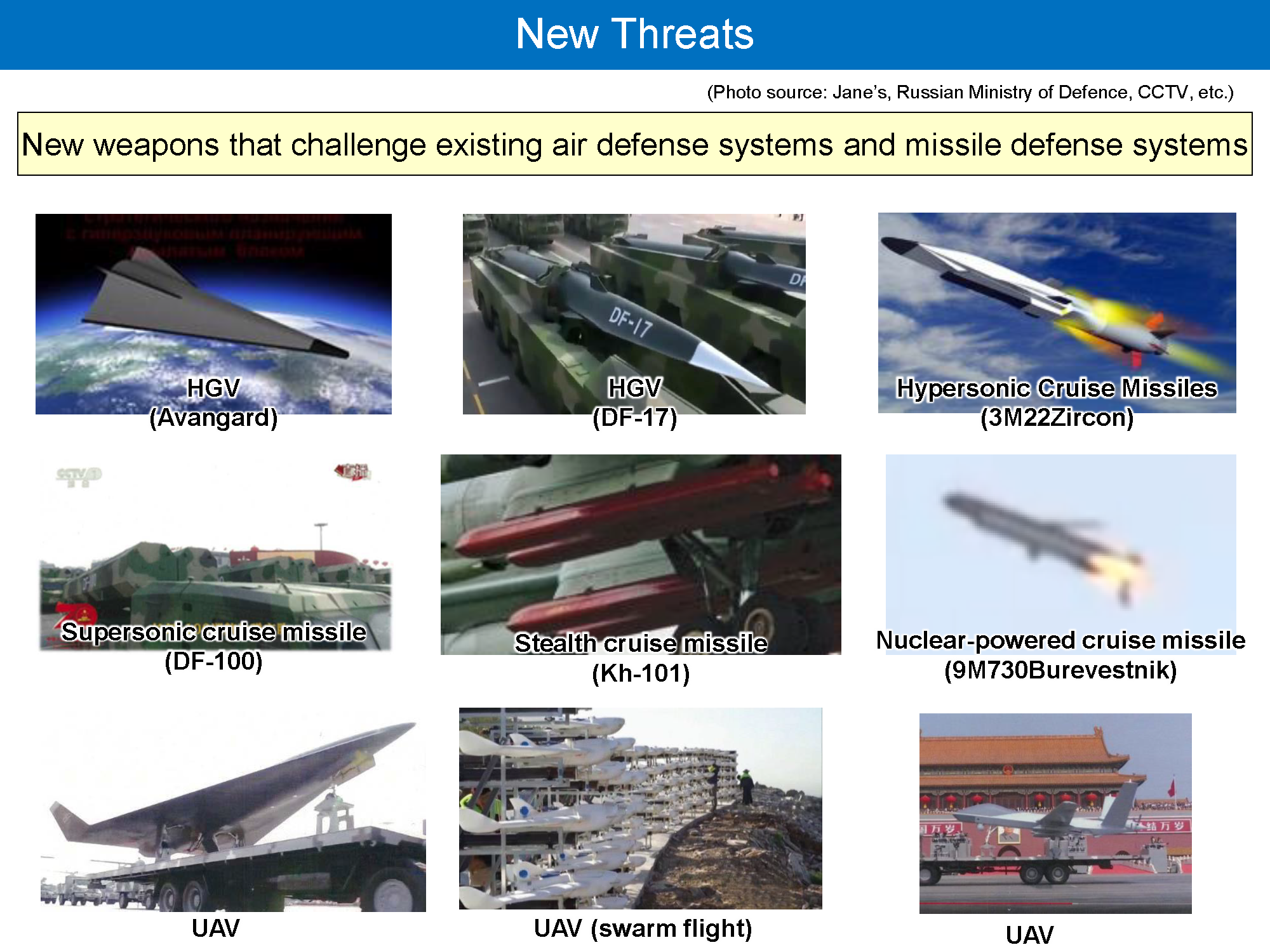 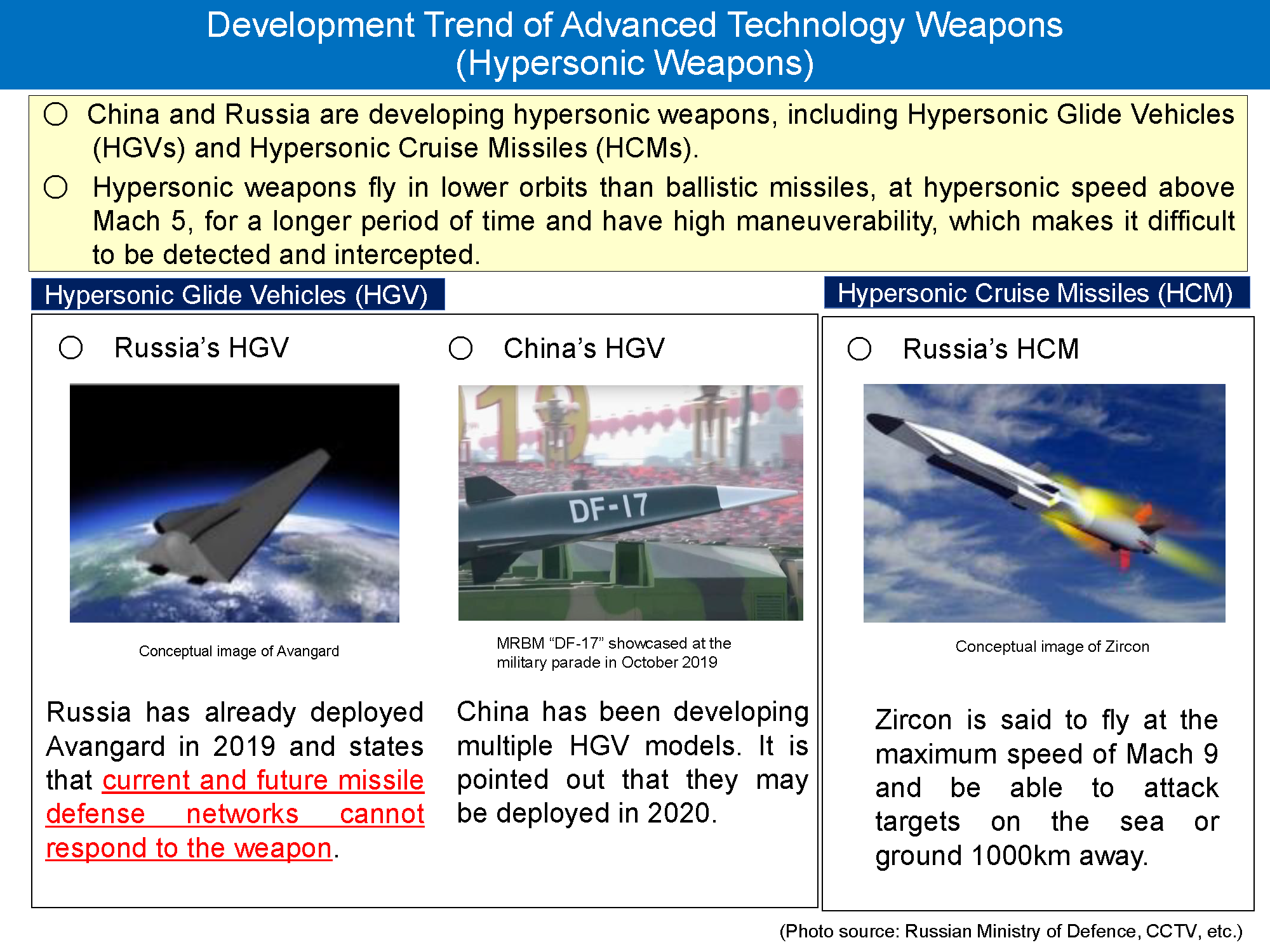 Japan began developing the Missile Defense (MD) system in FY2004 to be fully prepared for the response against ballistic missile attacks.

Japan has steadily built up its own defense system against ballistic missile attacks, by such means as installing ballistic missile defense capability in the Aegis destroyers and deploying the Patriot Advanced Capability-3 (PAC-3).

At this very moment, the SDF is monitoring the area surrounding Japan by using radars, satellites, aircraft and ships. In order to promptly respond to ballistic missiles flying to Japan, an automatic warning and control system called Japan Aerospace Defense Ground Environment (JADGE) is gathering and processing information captured by radars across the country. The system automatically calculates the possible impact area and can instantaneously order Aegis destroyers on the remote ocean to intercept missiles. 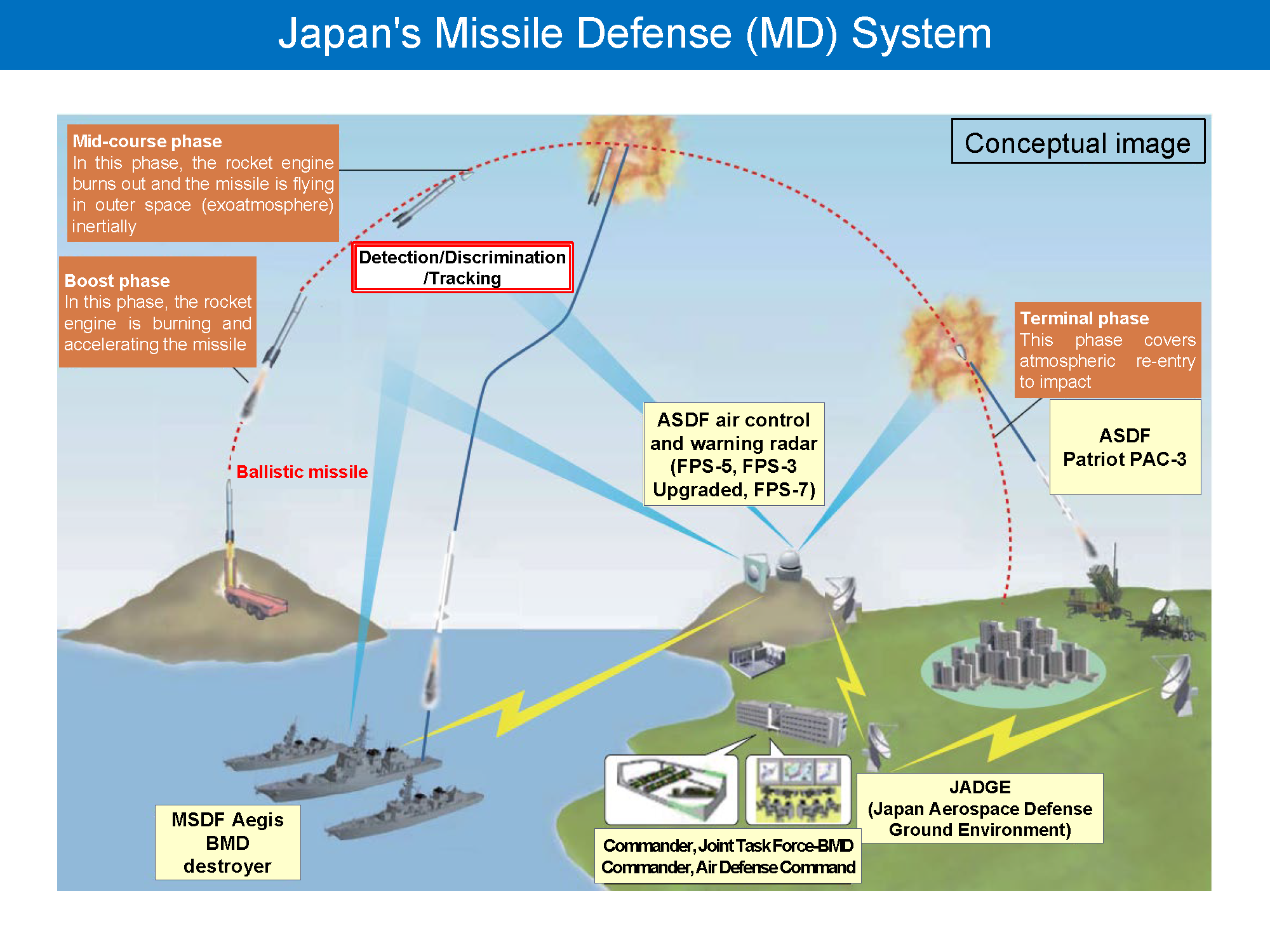 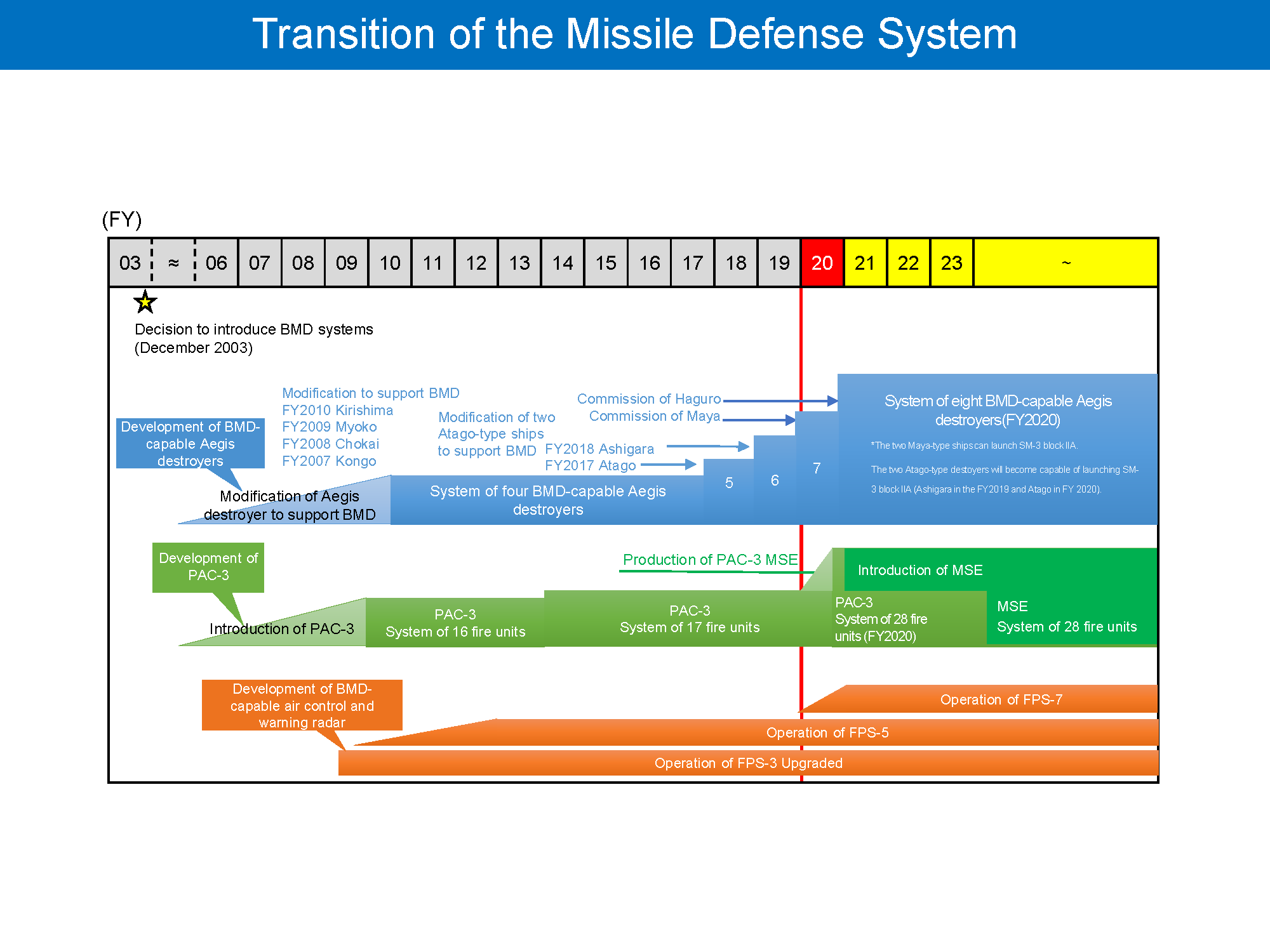 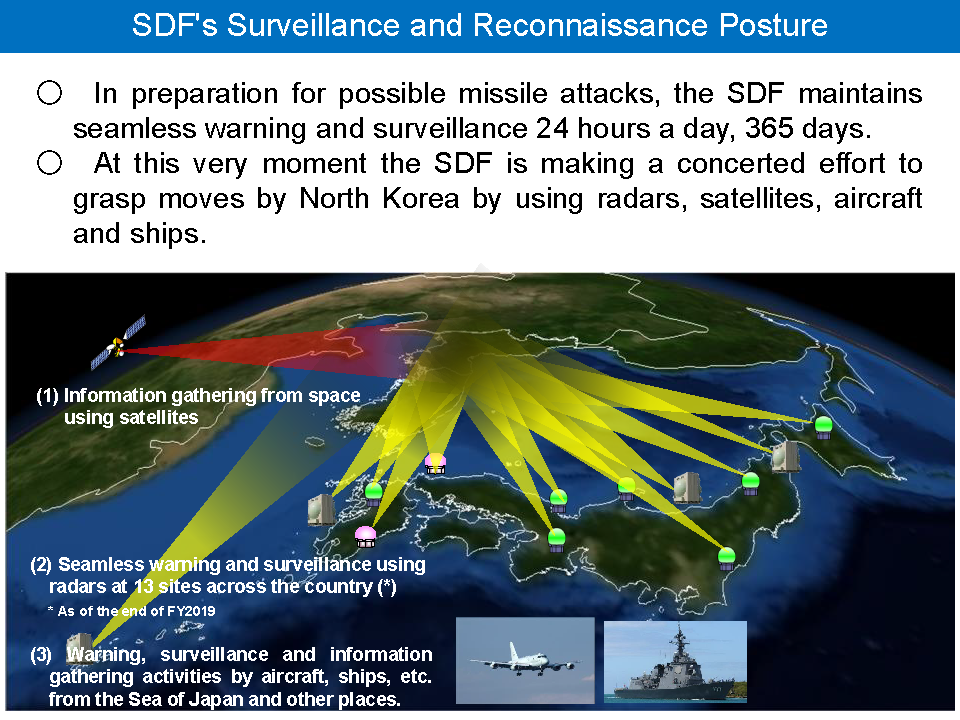 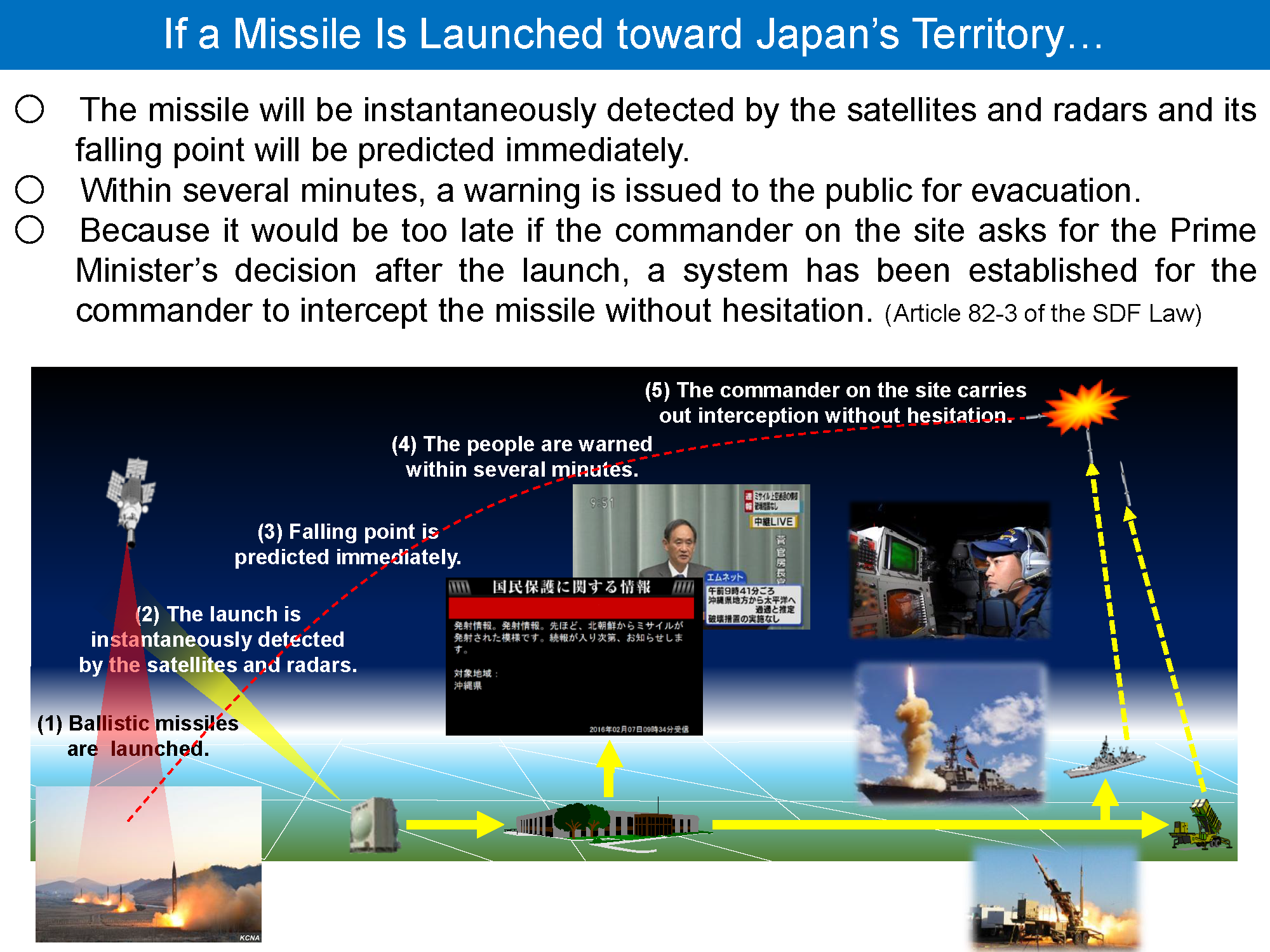 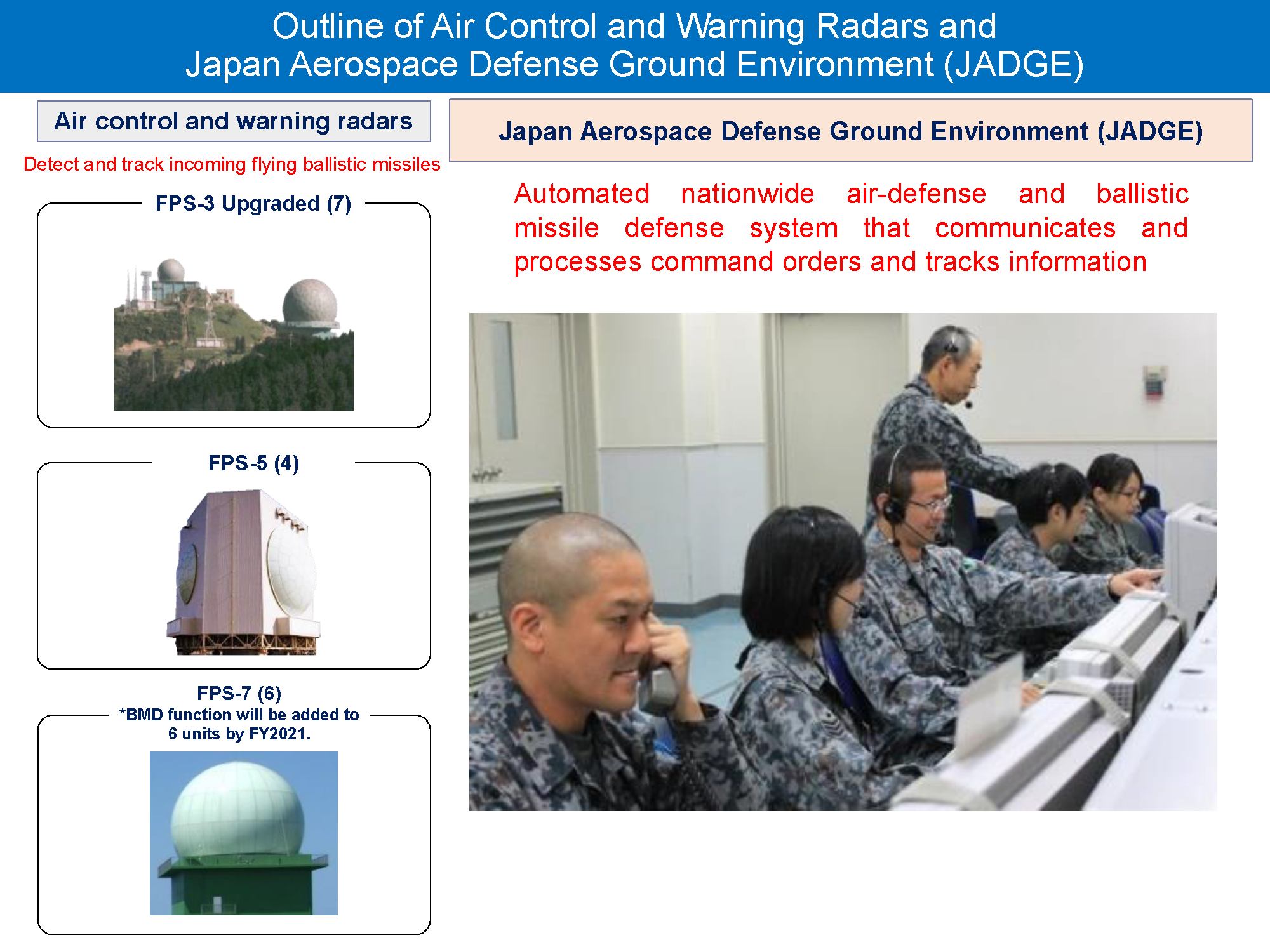 Initiatives towards Strengthening of the MD System 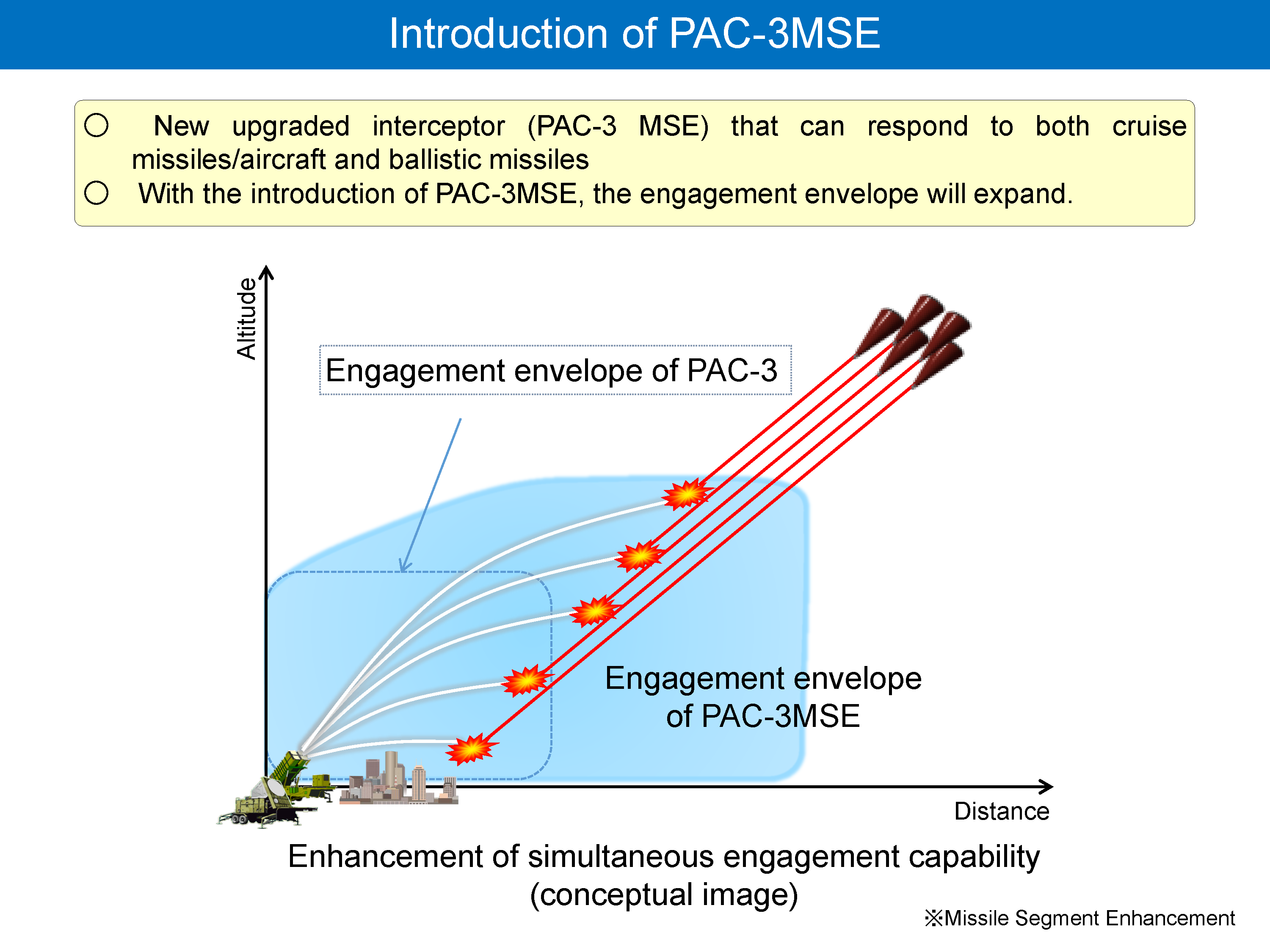 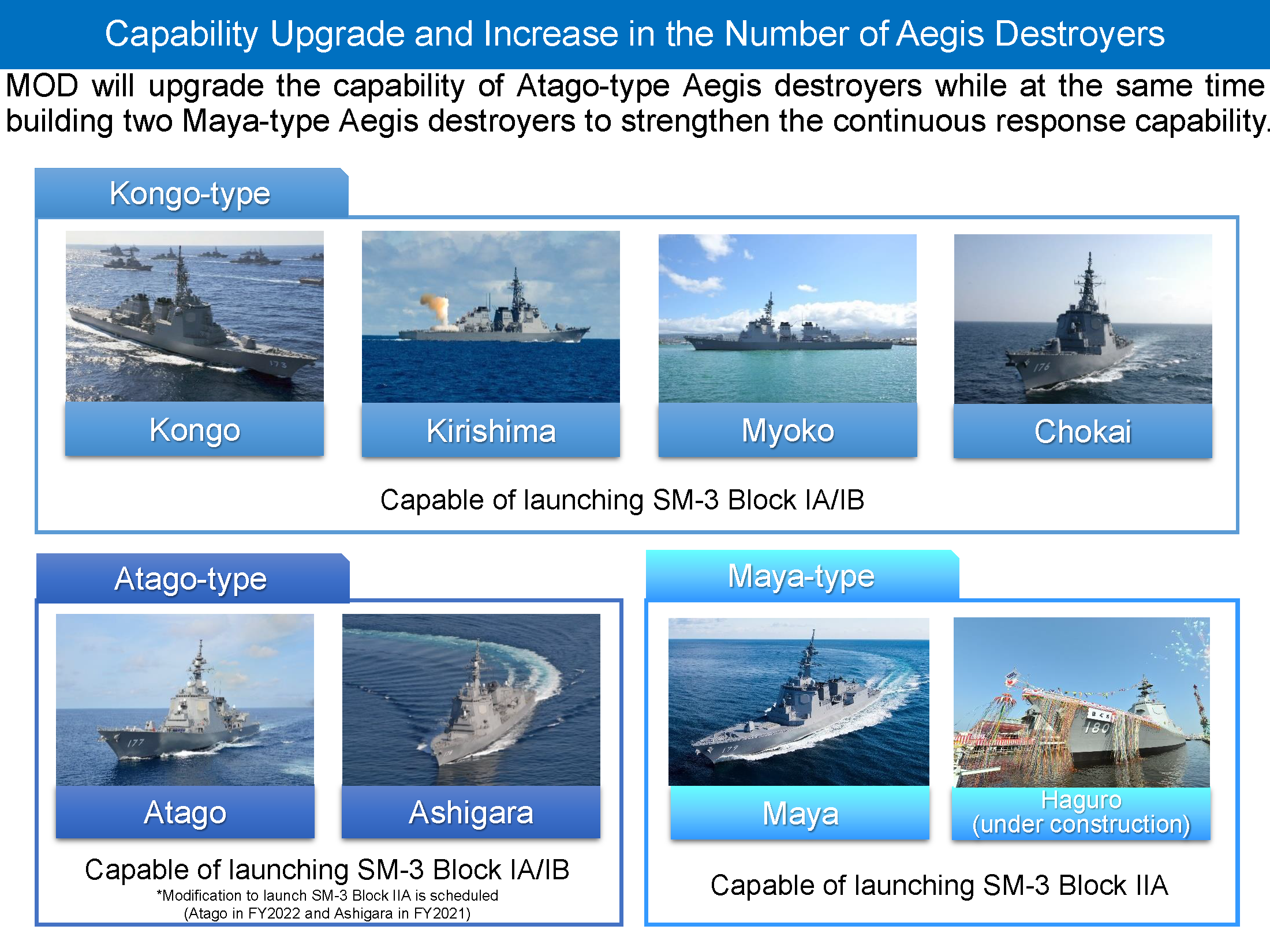 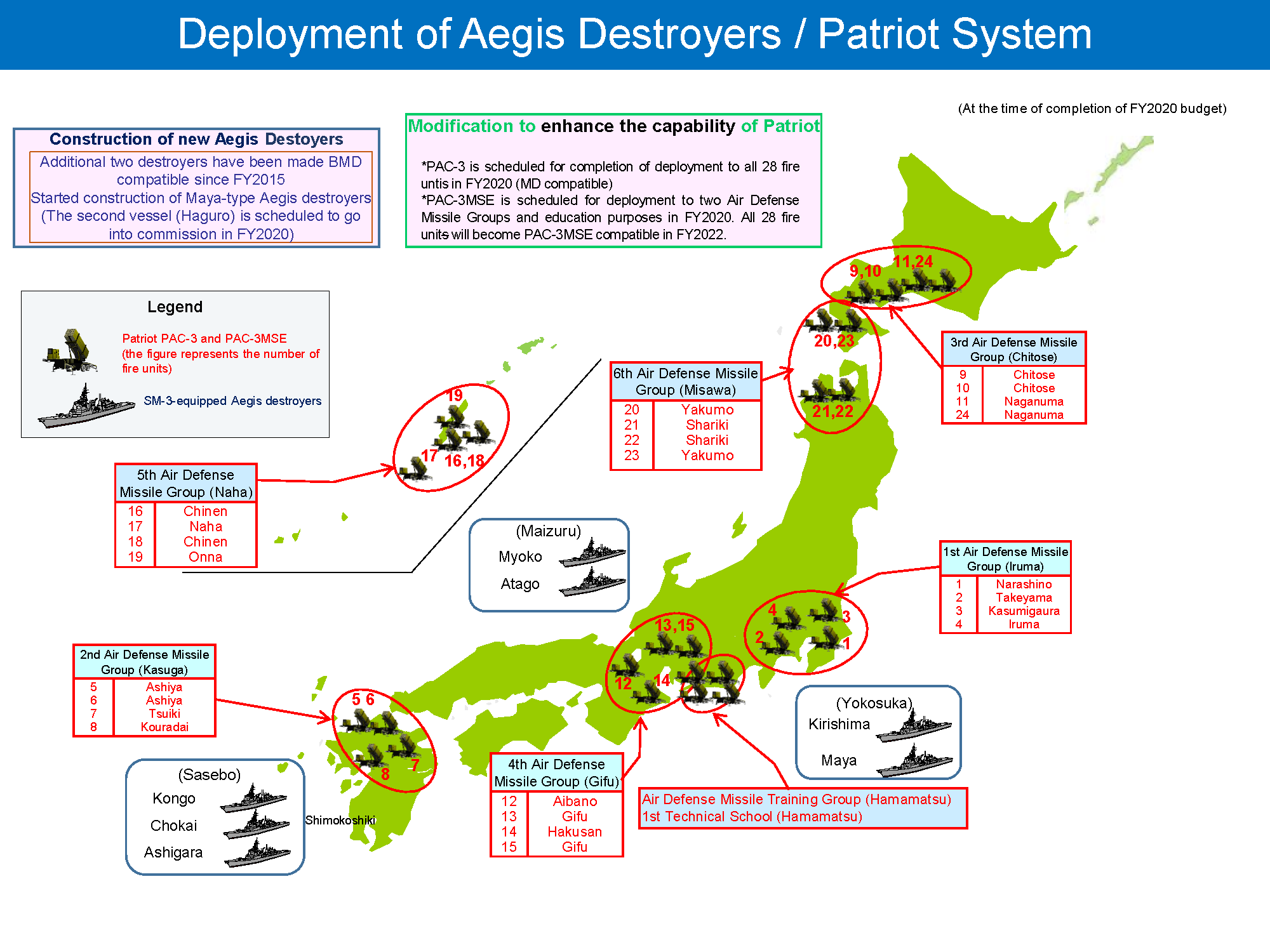 To address the new threats, including hypersonic weapons, the Ministry of Defense is enhancing the capabilities of sensors and shooters. In addition, the ministry is working to strengthen the “comprehensive air and missile defense” that conducts integrated operation of equipment for missile defense and other air defense through a network. With progress made in this effort, it is expected to improve our air defense capabilities. For example, the protection range will be expanded through guidance of interceptors by using information from other sensors even when the target is not captured by the own sensor. 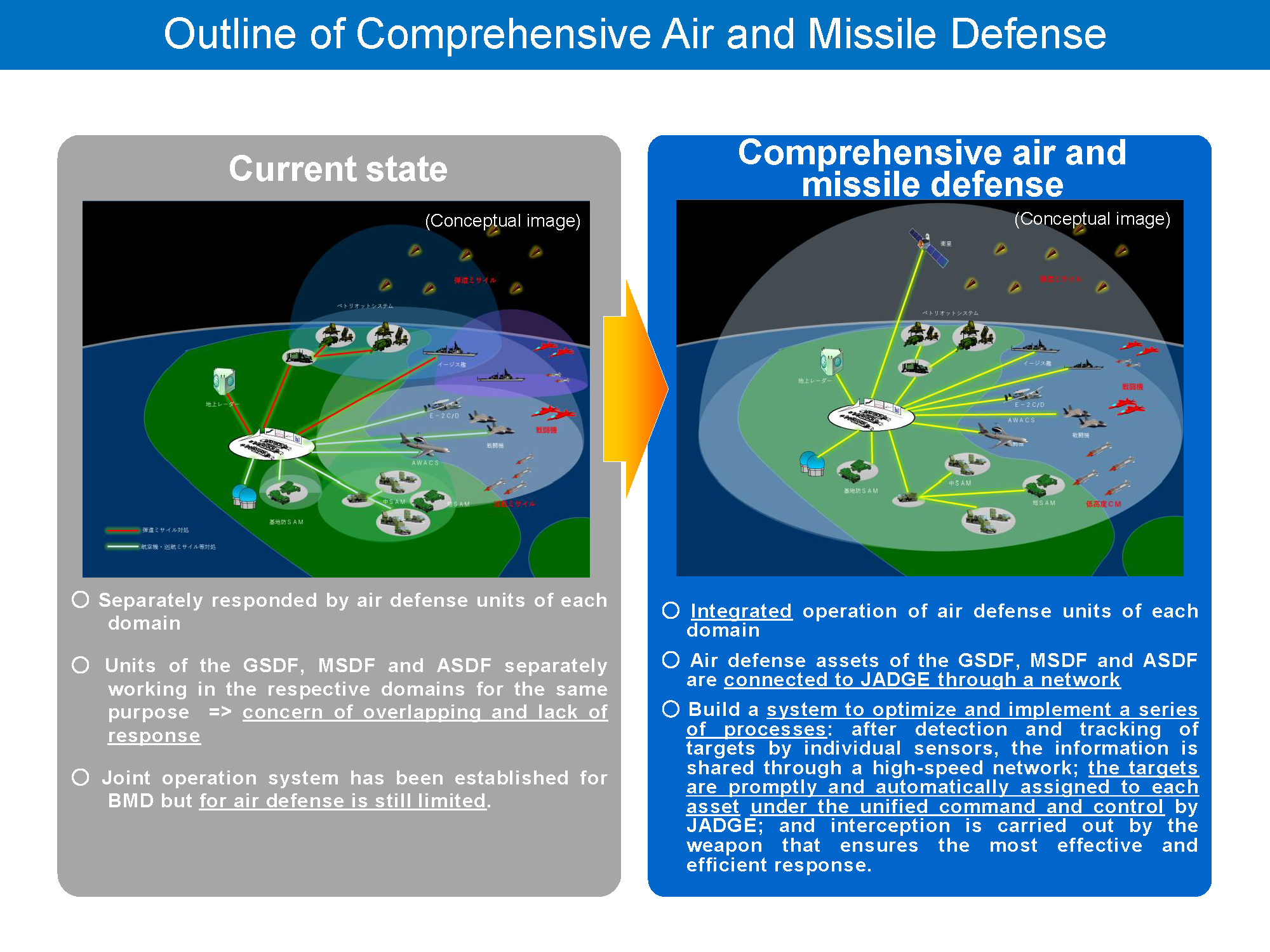 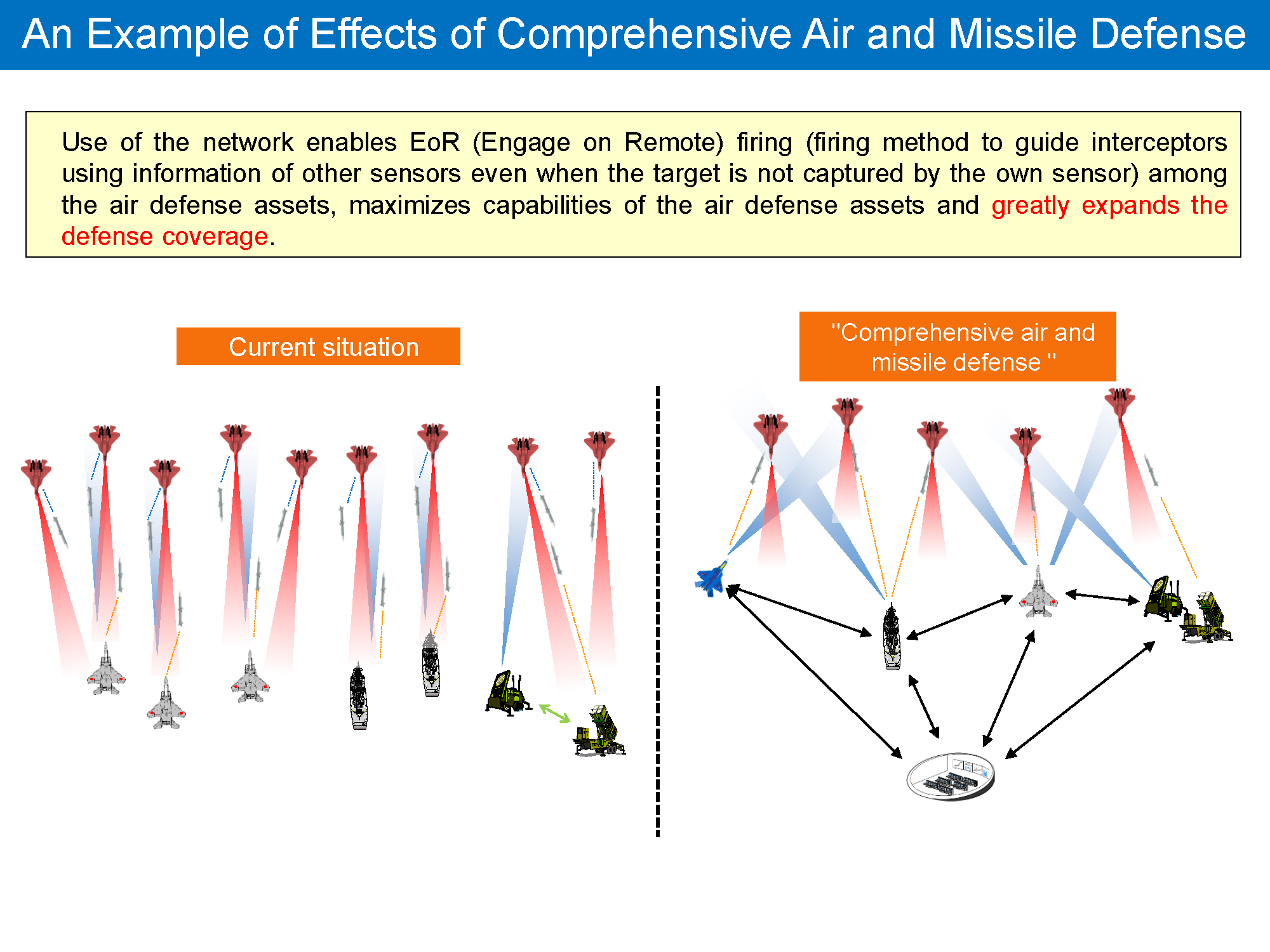 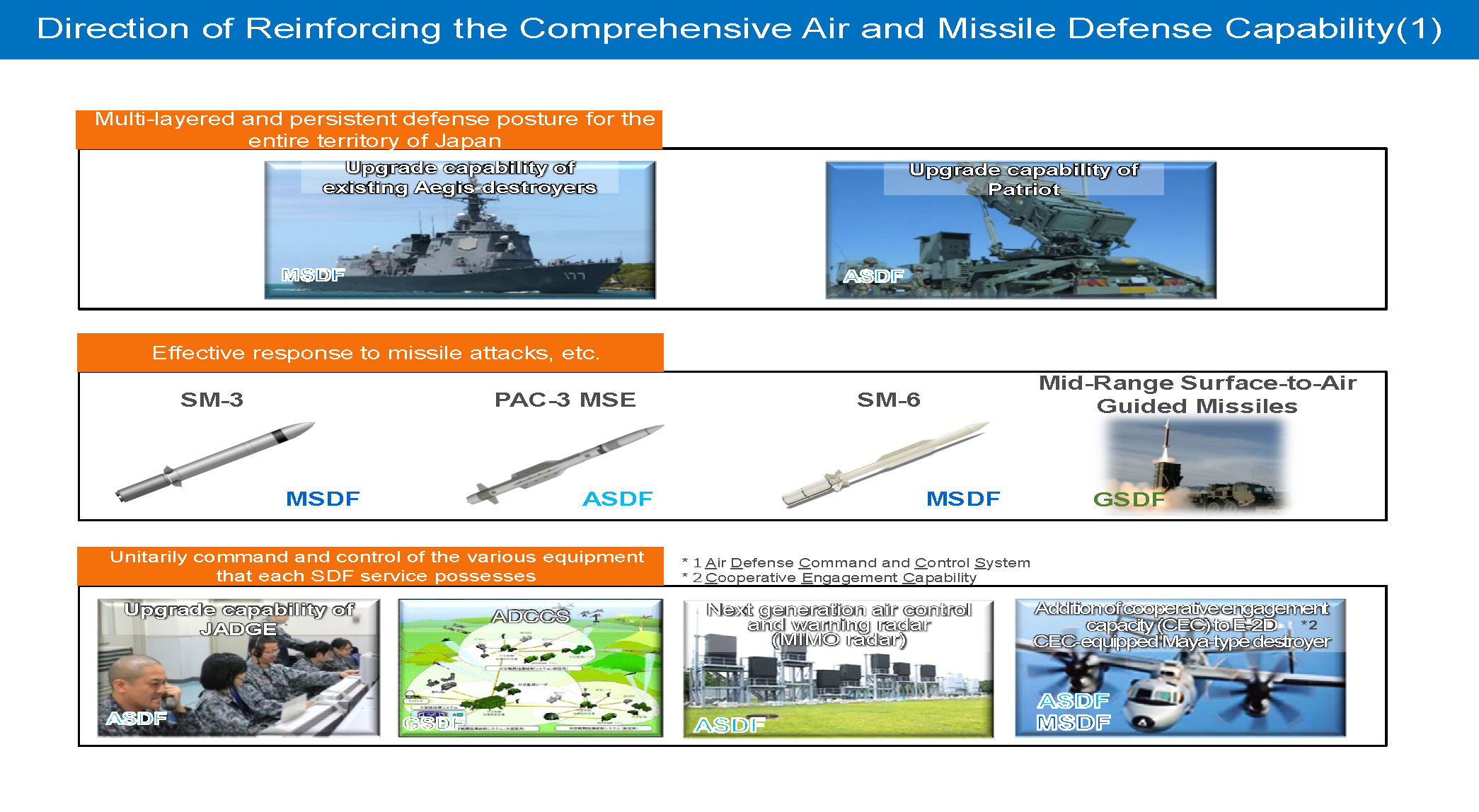 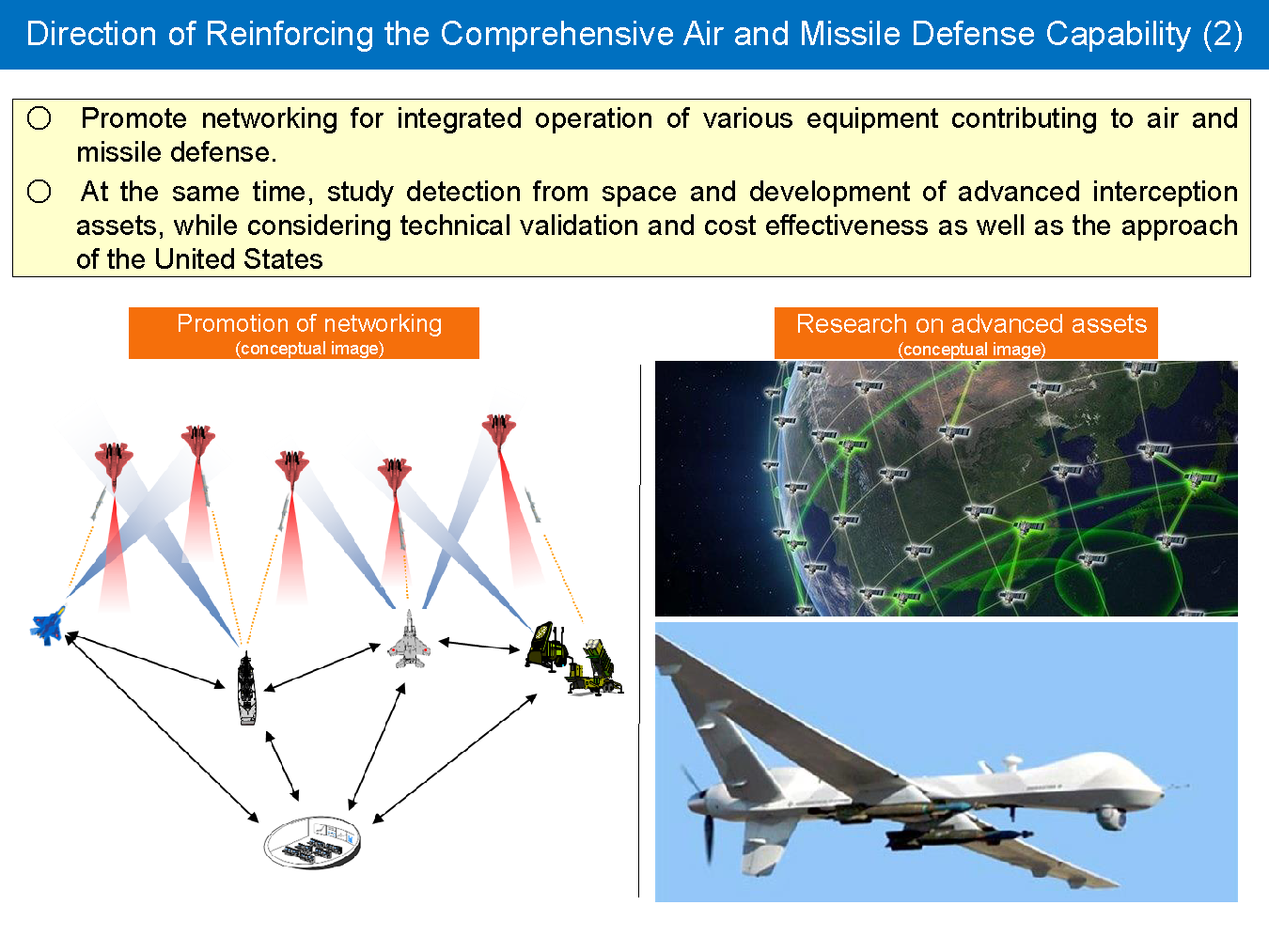 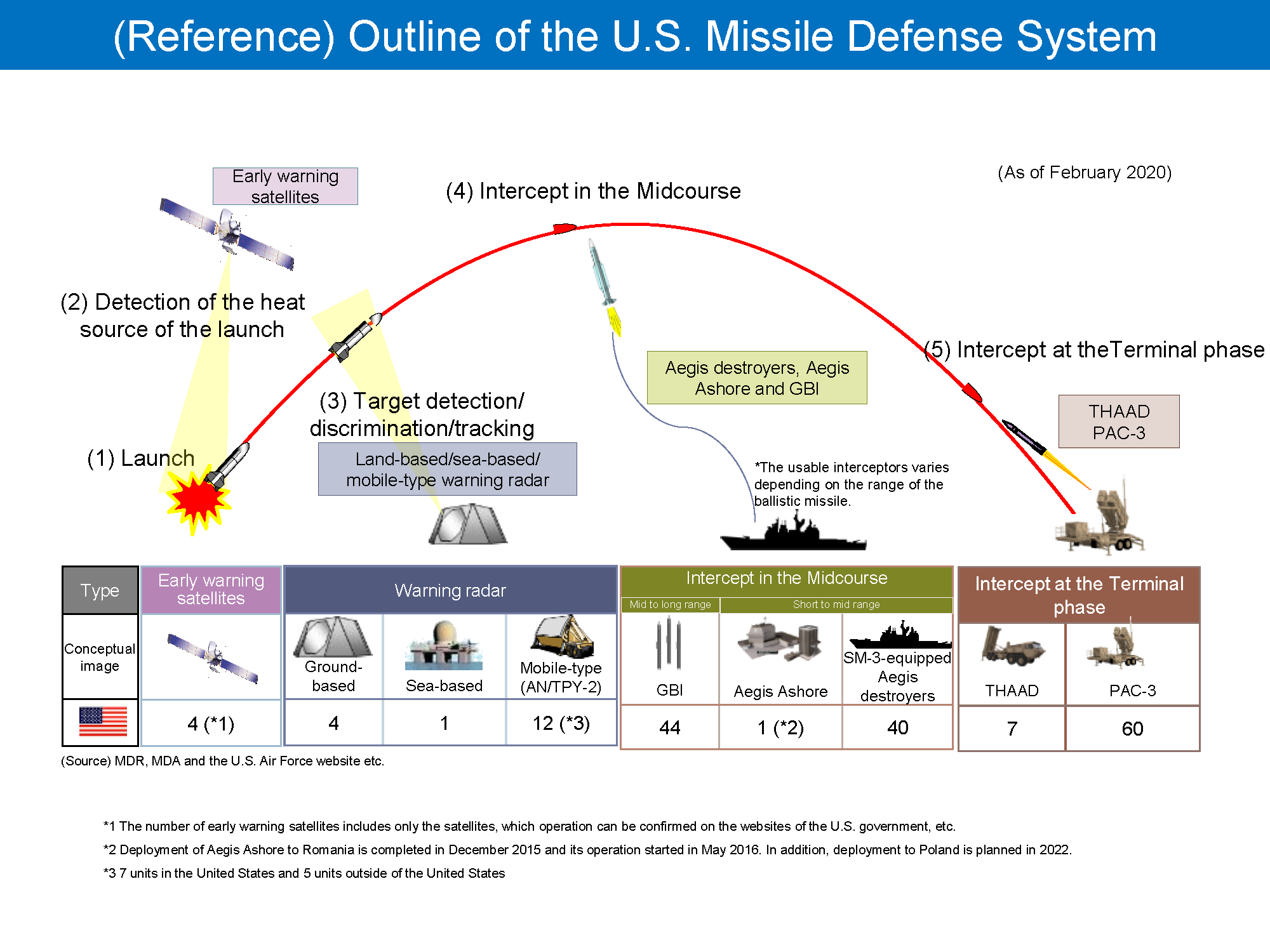 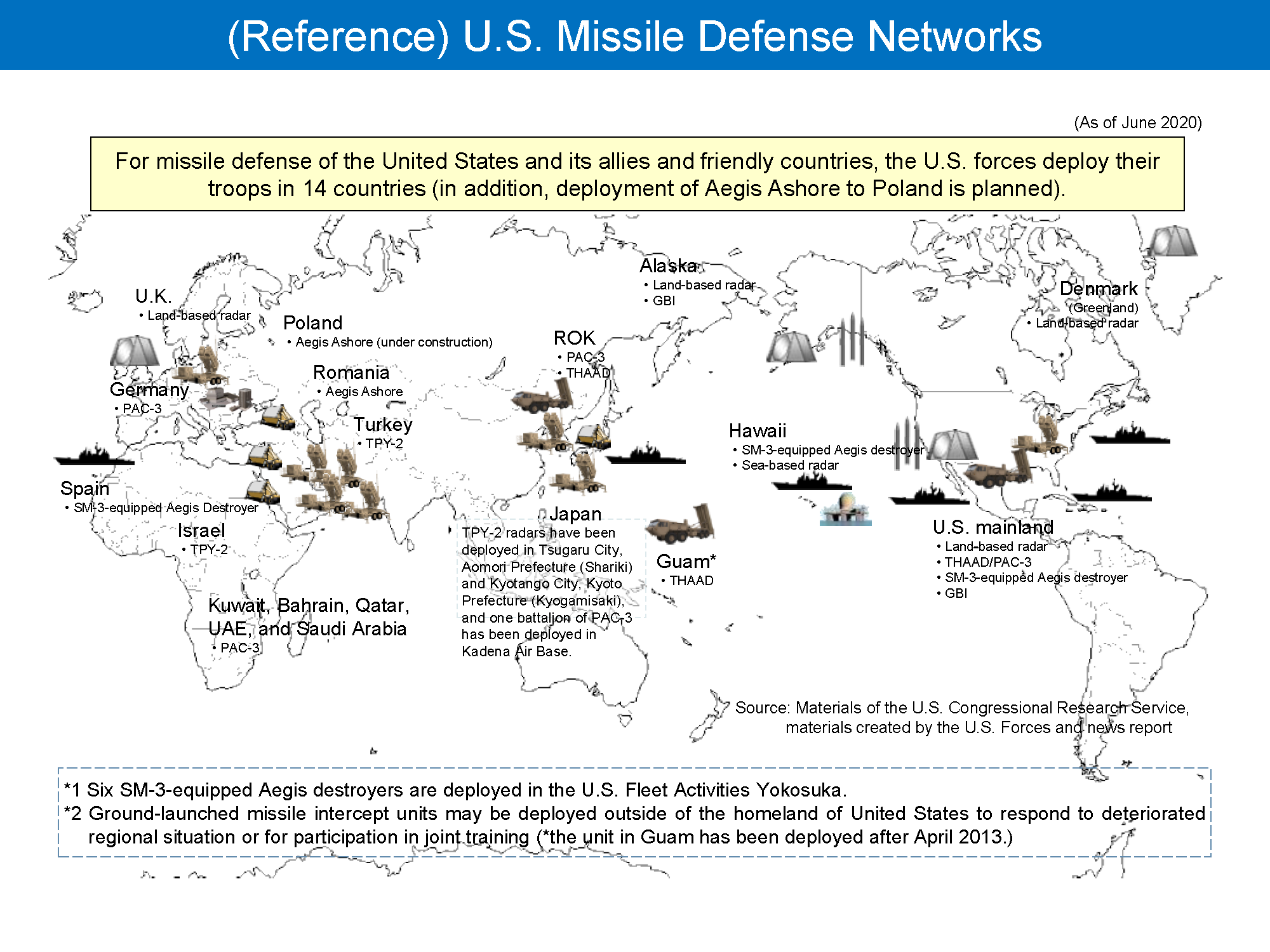 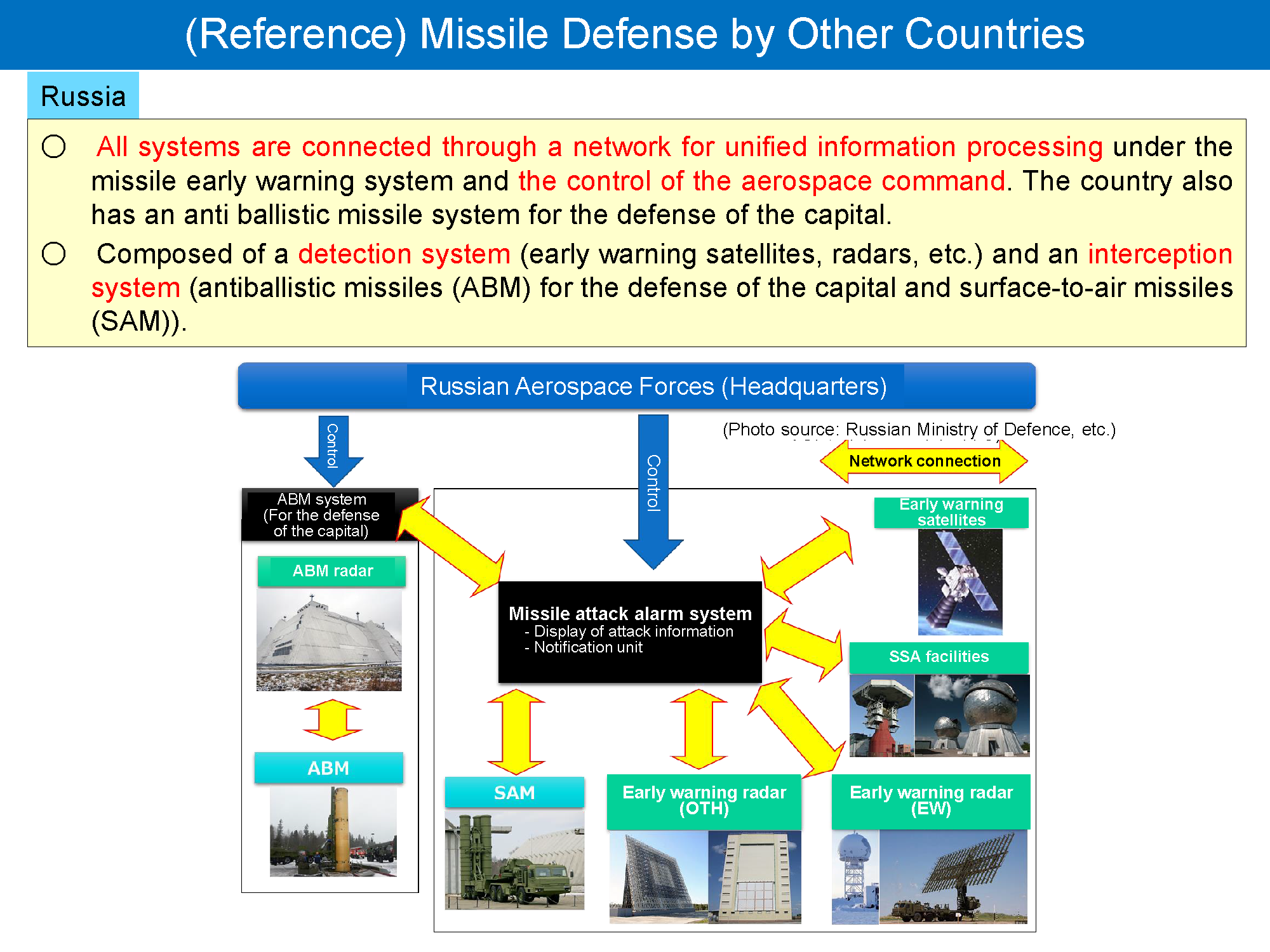 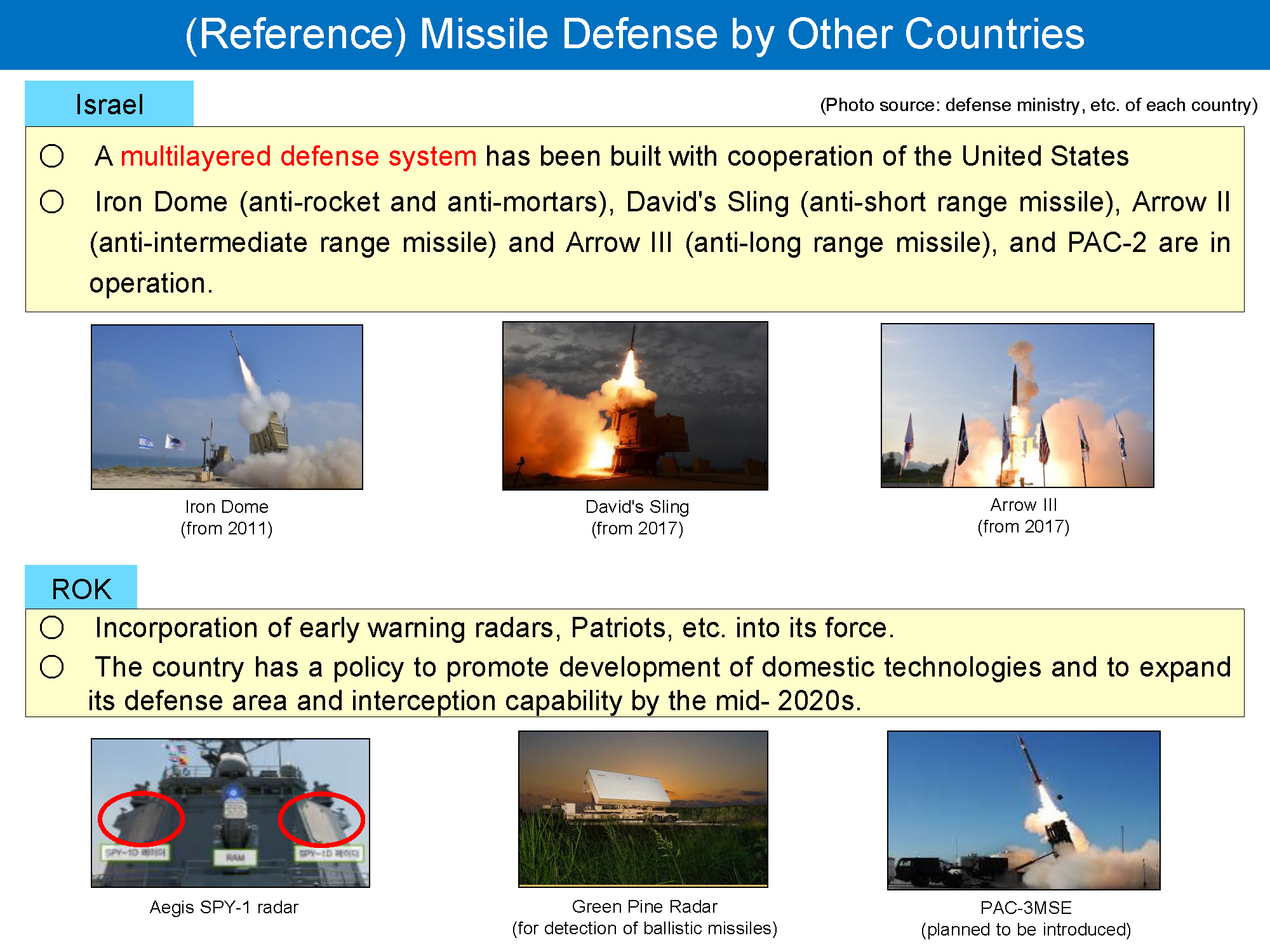