On March 17, DM Kishi held a video teleconference with H.E. Mr. Andrii Taran, Minister of Defence of Ukraine. The two Ministers confirmed to promote wide range of defense cooperation and exchanges.
Both Ministers confirmed to strongly oppose any attempts to niraterally change the status quo by coercion or activities that escalate tension in the East China Sea and the South China Sea, and they shared the view on the deep concerns over the Chinese Coast Guard Law. 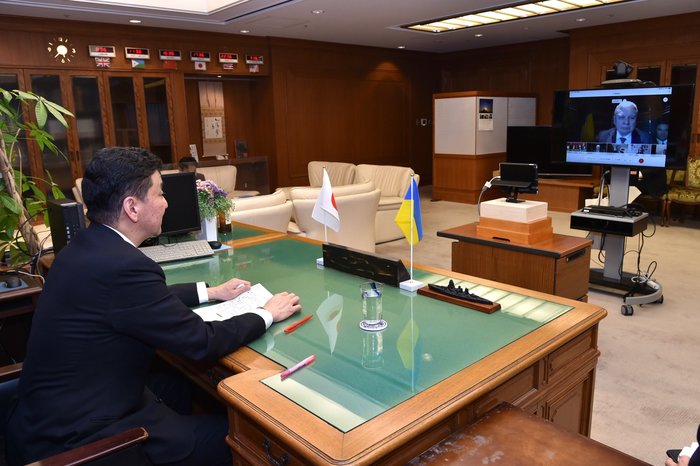