On June 21, 2022, Defense Minister KISHI, who is visiting Cambodia to attend the Japan-ASEAN Defence Ministers’ Meeting, held a meeting with Samdech Pichey Sana Tea Banh, Deputy Prime Minister and Minister of National Defense of Kingdom of Cambodia. The summary of the meeting is as follows: 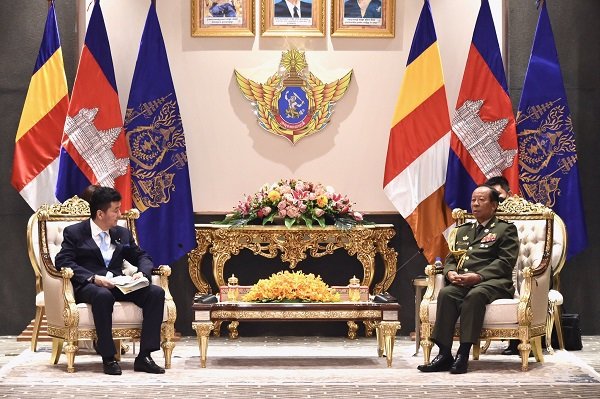