On December 27, Defense Minister Kishi held a VTC with Wei Fenghe, Minister for Defense of the PRC. DMK stated that Japan opposes attempts of unilateral change to the status quo by coercion regarding the East China Sea situation and strongly called for self-restraint.

The discussion also covered the situation regarding Taiwan, the South China Sea issue and the China Coast Guard Law, etc. DMK delivered Japan‘s concerns and views towards these issues.

Meanwhile, the two ministers reaffirmed the importance of communication between the two countries and shared the aim to start operation of a hotline between the defense authorities by the end of 2022. 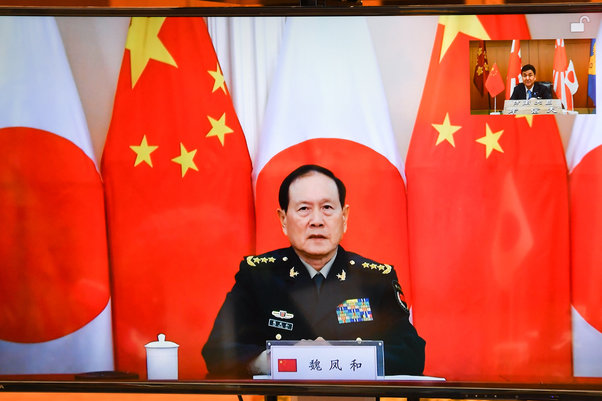