On July 6, Parliamentary Vice-Minister of Defense, ONISHI Hiroyuki bestowed the Order of the Rising Sun, Gold and Silver on behalf of His Majesty the Emperor to VADM William Merz Commander, U.S. 7 th Fleet, for his great contribution to the defense of Japan. Parliamentary Vice-Minister Onishi also expressed his appreciation for Vice Admiral Merz’s dedication to the peace and stability of the Indo-Pacific region as well as to the development of the Japan-U.S. Alliance through various efforts such as Japan-U.S. bilateral exercise. 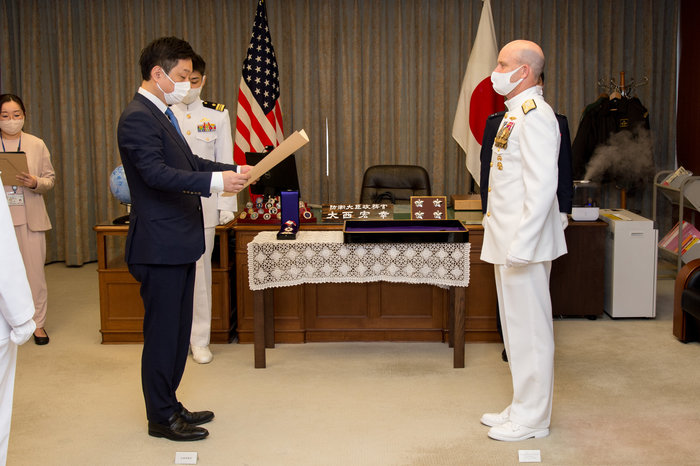 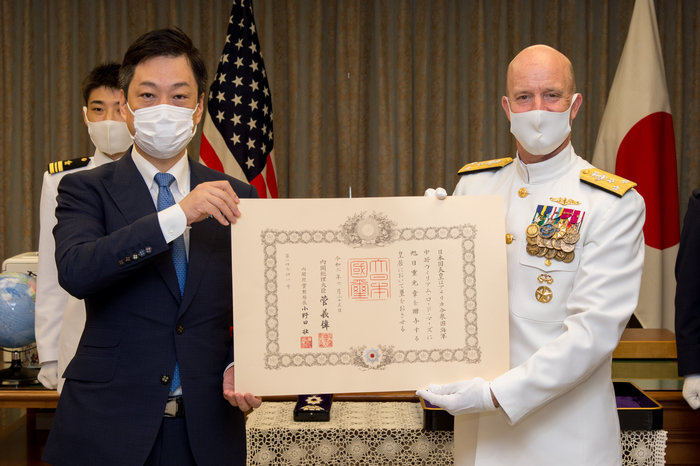 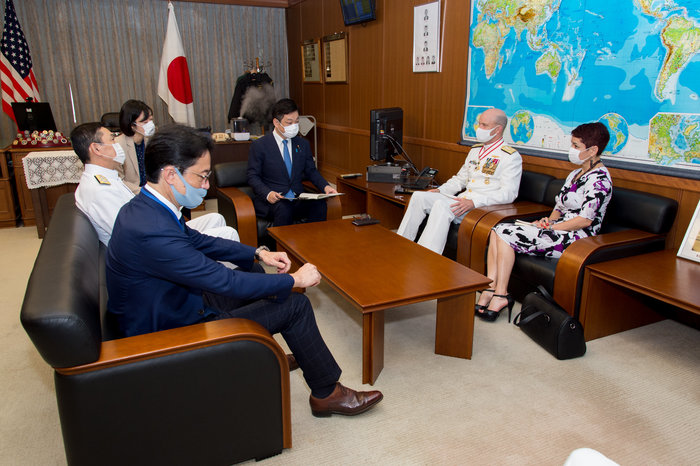