On 5-6 October, the EU and Japan carried out a joint naval exercise in the Gulf of Aden off the coast of Somalia. The exercise involved a warship supporting maritime patrol aircraft of EU NAVFOR Somalia Operation Atalanta and a vessel of the Japan Maritime Self-Defence Force patrolling the region against piracy. The exercise confirmed the commitment of the EU and Japan and the coordination between their respective forces in the fight against piracy.

The EU and Japan are committed to upholding the rules-based international order through practical maritime cooperation, including cooperation on freedom of navigation and overflight, to secure sealanes of communication and to protect the global maritime domain against all types of threat, traditional and non-traditional. In this context, the EU and Japan reaffirm the universal and unified character of the 1982 UN Convention on the Law of the Sea, which sets out the legal framework within which all activities in the oceans and seas must be carried out. The EU and Japan are determined to pursue and enhance their cooperation on freedom of navigation and maritime security through future training initiatives and operational activities at sea. Furthermore, they stand ready to extend their lasting cooperation in this area so as to include also other partners in the Indian Ocean and in the Pacific region. 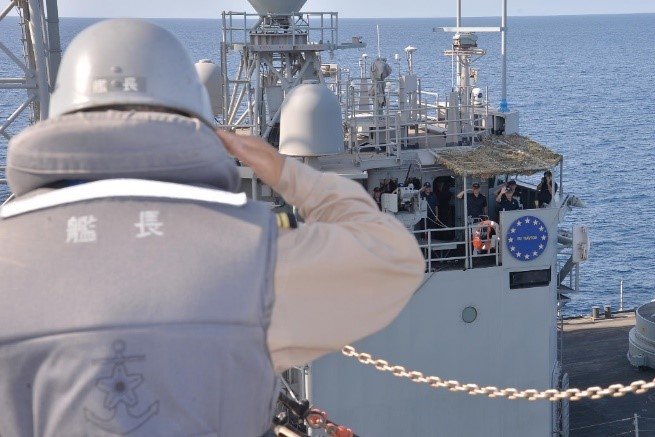