By transporting JSDF equipment etc. such as bulletproof vests, helmets, and cold weather gear via U.S. military aircraft, the governments of Japan and the U.S. showed solidarity with the people of Ukraine who face a national crisis.

Russia’s invasion of Ukraine undermines the foundation of international order and cannot be condoned from the perspective of Japan’s security. This transport by U.S. military aircraft demonstrates the resolution of the Japanese and U.S. governments to act together with the international community under the Japan-U.S. Alliance. 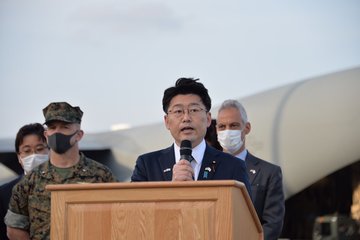 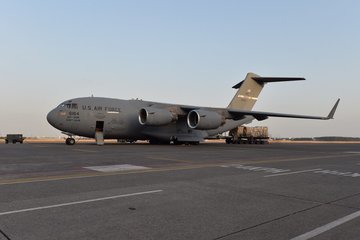